The Problem - Weak Cell Signal or No Service (indoors)

Imagine you’re on a call and walking into a building. All of a sudden you discover you are talking to yourself. Hello. Hello?! Surprise, your call has dropped. You look at your phone and see that it has hardly any bars and may say No Service! What do you do? Odds are you walk back out and try to reconnect (despite any inclement weather or noise). If you don’t have to be in that building you will probably just keep walking! Since buildings are businesses, the last thing they want to do is drive people away.

Modern building materials (concrete, steel, insulation, window coatings, etc.) block cell phone signals both from getting in and from getting out. For patrons and tenants who have become extremely dependent upon their cell phones to stay in touch, this can be a completely intolerable situation. For building owners this can deter tenants from leasing space. For tenants, this can impact potential customers or employee productivity.

At one point in time, there was no such thing as air conditioning. When buildings installed it they immediately became more desirable than those that didn’t. Let’s see, it’s 90 degrees so do we want to go someplace where our clothes will stick to us or someplace cool and comfortable? Easy choice.

A few years ago fixing this was nothing short of a capital expenditure. The only solution was extremely expensive and could take up to a year for approvals. This combined with the fact that not everyone (yet) had a mobile device and cell service wasn’t expected everywhere we go, made it easy to rationalize and avoid the financial hit. Now that cellular service is almost seen as a standard building utility, we also have new faster and more economical solutions.

A Distributed Antenna System or DAS brings a cell signal inside the building and allows the weak signals from individual mobile devices to get out.

Active DAS: Up until about 2012, this was really the only type of DAS regularly being employed on a commercial basis. Then and even now, the term ‘DAS’ almost always refers to ‘Active’ whereas 2 newer versions (Passive and Hybrid) that we’ll look at in a minute are commonly referred to as a Signal Booster or a Cell Booster.

Type 1, Active  – This type of DAS is referred to as ‘active’ because it uses powered radio sources to generate the signals. A radio base station is installed at the head end location (i.e., a room where the electronics are installed) and the signal is converted to digital and distributed to a network of other radios via fiber optic cable. The radios convert the signal back to analog and broadcast via an antenna in each location so mobile devices can receive it. In a similar process, these smaller radios pick up signals headed back (like someone sending a text or an email) to the base station. The base station is a smaller local version of a tower (onsite). This type of solution is great where a lot of power is needed to cover a big space and where there are hundreds or thousands of potential users (think sports arenas, airports large train stations, etc.) or where a nearby tower is already at capacity (max # of users). The downside is high cost due to complexity and long install times of up to as much as 1-3 years due to approvals required from the FCC and the carriers.

Type 2, PASSIVE DAS – Commonly referred to as a Commercial Cellular Signal Booster (Cell Phone Booster, Cell Booster or just a Booster). It is sometimes also called a BDA because a Bi-Directional Amplifier is the central component. Boosters are simple, inexpensive and fast to install. For an individual office this can be as easy as sitting a box on a table or near a window and plugging it in. Typically there are 3 components, a ‘donor’ antenna that is often placed outside (e.g., on a roof) or wherever the tower signal is strongest, the BDA and an indoor antenna (may be more than one depending on the signal strength, locations and size of the space that needs a signal). The outside antenna picks up whatever usable signal is present outside and sends it to the amplifier (BDA). It is then beefed up and sent back out the indoor antennas. Signals from individual users devices are picked up by these same indoor antennas which are typically mounted on ceilings, carried back to the BDA (in the reverse direction, hence ‘Bi-Directional’) where they are amplified and then pushed back out the roof antenna to the nearest carrier’s (Verizon, AT&T, T-Mobile, Sprint) tower. Passive BDA’s work on applicable bands and with whatever signal is available. The signal attenuates (diminishes) as it travels via coax and through pieces such as splitters before and after it reaches the amplifier. If there is a usable signal and the interior space isn’t too vast they’re a great choice. For occasions where more power is required to cover a larger space or where there is no usable external signal an Active DAS was once the only choice. Now there is also a fast and low cost newer type of BDA for these situations.

Type 3, HYBRID DAS – In many cases this combines the best of all worlds. A Hybrid DAS can use an external donor signal (e.g., via an antenna on a roof or external building wall or near a window) when there is a signal that can be used or it can get a signal from another source similar to Active DAS. When no signal can be obtained via an antenna the signal can come over the Internet via a ‘Small Cell’. A small cell itself is often advertised by the carriers as the best solution for indoor signal reception issues, but natively cannot spread this signal around by simply attaching indoor antennas. Once you get beyond the Small Cell’s built in range or what it can pass through a few walls and/or ceilings and floors, you need to add another Small Cell which in itself can add quite a bit of expense at $3-$5K per small cell. They can also create radio interference with each other so like another often touted solution WiFi Calling, they aren’t all they’re cracked up to be! However 1 Small Cell connected to a Hybrid works very effectively in a DAS configuration. Besides being able to get a signal from a Small Cell when there is no usable outside tower signal, a Hybrid uses regular Cat-5e ‘Ethernet’ wiring rather than more expensive Fiber or lossy coax and broadcasts a signal that is about 1000 times stronger than what you could get from a Passive DAS solution. This is because it also uses radios in addition to the antennas on the ceilings. The signal does not ‘attenuate’ as it moves between the ceiling radios and the electronics in the head end. It is regenerated at full strength in each location. So a Hybrid DAS can use an existing signal but doesn’t have to rely on it like a completely Passive booster and thereby broadcasts a much stronger signal inside, covering more space w/o having to add more amplifiers (additional expense).

The best solution for a particular circumstance depends on several factors, signal strength/availability & quality, desired carriers, coverage area(s) ability to place an external antenna, distances, number of users, etc. The main point is that not only is there a solution for every situation but most of the time the solution can be quick and inexpensive. Like to find out what might work for you?! 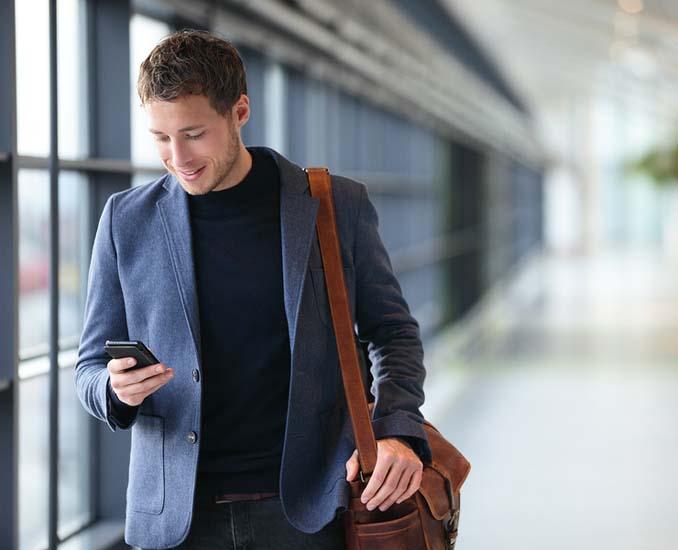 We may be able to save

you a lot of

Stop Losing Business because there's No Signal in your Building!

Call for a Free Consultation Today