What's an Onsite PBX and What's a "Cloud PBX'?

A Private Branch Exchange (PBX) is traditionally an ‘Onsite’ box of electronics that runs the software that makes the desk phones (extensions) in a business phone system function. In 2021 thanks to VoIP (Voice Over Internet Protocol), this software can also reside ‘Offsite’ and be delivered via the Internet - this is known as a 'Cloud PBX'.

This quickly became expensive and people noted that these lines weren’t being used non-stop by everyone so why not share them. Maybe one phone could be shared by 2 desks. This would cut the cost of phone lines in half. Maybe they could be shared by 3 or 4 people but this meant they’d all need to sit near the phone and if that phone was in use there may be one across the room that wasn’t. The switchboard was born to distribute these lines to people regardless of their physical location in the room. It also allowed for the designation of a main number or several versus 20 or more.

The problem was an actual person was needed to take the calls and route them (plug the cables in to connect the call to the right person), take messages, etc.

A PBX does the same thing minus the actual person via s/w. It also adds modern features such as voice mail, auto attendants, conference calling, forwarding, group hunting, intercom, etc. A PBX [system] would be purchased and installed at every location where phones on desks were desired. These systems are proprietary and typically require someone trained who knows how to program them and make any necessary changes.

A Cloud PBX provides these same features (and often more) by using the Internet to make the connections (rather than phone lines) and carry the calls. No hardware [box] is required onsite and since phones are connected by the Internet, the phone will work the same in NY as it will in San Francisco or on your kitchen table. There is no longer any need for the ‘extensions’ to all be in the same location. As far as a caller is concerned however, everyone is sitting in the same location. Physical phones are also not necessary and a call can be made just as easily from a PC (softphone) or an app on a cell phone.

Upgrading your business phone system to a
cloud PBX. 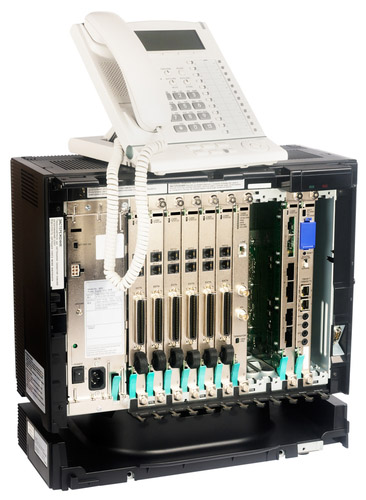 For Questions about this